That is one creature with each other replace each other. Thus Allah Subhanahu wa Ta'ala informed the angels about the creation of Adam as He told the great thing before it came into being.


Then the angels asked Allah Subhanahu wa Ta'ala asked to explain the wisdom of the creation of man, because the angels know that among humans there are making damage on earth and shed blood. According to Qatadah, they knew this because they saw creatures before Adam, the Jinn and Hin (a group of djinns or weak genies). According to Ibn Umar, two thousand years before Adam was created, the jinns already existed (occupying the earth), then they shed blood, then Allah Subhanahu wa Ta'ala sent an army of angels, and they drove him to the sea. "


According to the angels, if the wisdom of the creation of man is to worship Allah, then indeed they have worshiped Him, they say,


"Why do you want to make the (Caliph) on earth the one who will make damage to him and shed blood, whereas We always celebrate by praising You and sanctifying You?" Allah Subhanahu wa Ta'ala said, "Verily I know what you do not know . "(Surat al-Baqarah: 30)


He knows the stronger maslahat by creating Adam and his descendants, for there will be among those who are the prophets and apostles, the shiddiqin, the martyrs, the scholars and the people who practice his religion, who love him, and follow His apostles.


Allah Subhanahu wa Ta'ala created Adam 'alaihis greetings from the earth and water, then formed it in the best form, then He breathed into it, so he became a living man composed of flesh, blood and bones . The day of the creation of Adam 'alaihis salam is Friday, the Prophet sallallaahu' alaihi wa sallam said,


"The best day the sun rises to him is Friday. On that day Adam was created, that day he was put into surge, and on that day he was expelled from him, and Doomsday was not QS.adi except on Fridays. "(Narrated by Bukhari and Muslim)


"Surely Allah Almighty created Adam from a handful which He grasped from all the land on earth. Therefore, the descendants of Adam are present according to the condition of the land (color and nature), then among them there are red, white, black and between. There is also the soft, hard, the ugly and the good. "(Narrated by Tirmidhi, he says," This Hadith is hasan shahih. "This Hadith is also validated by Shaikh Al Albani in Al Misykat (100) and Ash Shahiihah (1630). According to the author Tuhfatul Ahwadzi, this hadith is narrated also by Ahmad, Abu Dawud, Hakim and Baihaqi)


After Adam lived and could move, then Allah Subhanahu wa Ta'ala taught him the names of all things, He said,


Allah Subhanahu wa Ta'ala wants to show Adam's virtue and his standing by his side to the angels, then He shows the angels everything that has been taught to Adam, He says:


"Mention me the names of these things if you are true to the righteous ones!" (Surat al-Baqarah: 31)


"Glory be to You, We know nothing but what You have taught us." (Surat al-Baqarah: 32)

"Did I not tell you that I know the secrets of heaven and earth and know what you bring forth and what you hide?" (Surat al-Baqarah: 33)


Then QS.adilah dialogue between Adam 'alaihis greetings with the angels as told Rasulullah sallallaahu' alaihi wa sallam to us:


"Allah Subhanahu wa Ta'ala created Adam with a height of 60 cubits, then He said," Go and say greetings to the angels, then listen to their greetings to you; as your greetings and greetings of your descendants. "So Adam said," As Salaamu 'alaikum. "They replied," As Salaamu' alaika wa rahmatullah, "they added" wa rahmatullah. "So everyone who enters into heaven follows the likeness of Adam, and the form creatures are constantly diminishing (increasingly short) until now. "(Narrated by Bukhari and Muslim)


"O Devil! What prevents you from bowing to what I have created with both hands. Are you arrogant or are you (including) those who are (more) high? "(QS .. Shaad: 75)


Then the devil replied with arrogance,


The devil does not realize that the soil is better than fire, the soil is more useful than fire, because the soil is calm, easy to cultivate and grow the plants, while in the fire there is a state that is not directed, light, fast and burning.


So Allah Subhanahu wa Ta'ala distanced Satan from His mercy and made him expelled and cursed, He said,


Then the devil increasingly hates Adam and his descendants, he swears by God's name to decorate evil to them, he says, "By your power, I will deceive them all, - Except your sincere servants among them." Shaad: 82-83)


So Allah Subhanahu wa Ta'ala said to him,


"Verily I will fill Hell's Fire with your kind and with those who follow you among them all." (Surah: Shaad: 85)


As Suddiy recounts from Abu Salih and Abu Malik from Ibn Abbas, and from Murrah from Ibn Mas'ud and from some friends, that they say, "The devil is expelled from heaven and Adam is placed in heaven, so Adam walks in paradise alone without a partner who can comfort him, he sleeps, when awake, it is near his head there is a woman who sat, Allah Subhanahu wa Ta'ala created it from his ribs.


Adam then asked him, "Who are you?" He replied, "A woman." Adam asks, "Why are you made?" He replied, "So that you may feel at ease with me." Then the angels told him to see the knowledge that Adam possessed , "What is his name oh Adam?" He replied, "Eve." They said again, "Why is (called) Eve?" Adam replied, "Because he was created from something alive."


Allah Subhanahu wa Ta'ala ordered Adam and his wife Eve 'to stay in heaven and eat the fruits that were there and away from a tree as a test of both, He said,


Allah Subhanahu wa Ta'ala also warned Adam and his wife not to be tempted by Satan and to remind Satan's enmity to both, He said,


"O Adam! (Satan) is an enemy to you and to your wife, so let him not let you both out of heaven, which causes you to be wretched. "(Surat Thaha: 117)


Begin the Devil to think about how to mislead Adam and Eve ', after finding his way, so he did his plan, he came to Adam and Eve' and said,

So Adam and Eve justified the words of Satan because of his oath, which according to both could not have been a man who would have sworn falsely in the name of God, so Adam and Eve went to the tree and ate the fruit. When that happens a shocking event, both open their nakedness and naked because of their immorality and both feel embarrassed and sad, both of them come to the trees and pluck the leaves to cover the nakedness, then Allah Subhanahu wa Ta'ala said to Adam and Eve '


At that time Adam and Eve 'were very sorry for having been accused to God, immediately both repented and beristighfar, both said,


"Our Lord, we have wronged ourselves, and if You do not forgive us and grant us mercy, we are undoubtedly among the losers." (Surat al-A'raf: 23)


After Adam and Eve 'regretted and beristighfar, then Allah Subhanahu wa Ta'ala accepted his penance and ordered both to descend to earth and live there.


Begin Adam to live on earth and open the journey of his new life there. On earth, Adam has many offspring, he educates and teaches them and tells them that life in the world is a test and a test, and they should cling to God's guidance and be wary of the devil's deceit. He also invites his descendants to worship God, informing them of truth and faith, warning them of the dangers of shirk, disobedience, and the dangers of obeying demons until he dies.


The Prophet sallallaahu 'alaihi wa sallam also informs us that men will come to Adam' alaihis salam and say, "O Adam, you are the father of man. God created you with His hands, blew His spirit upon you, and commanded the angels to bow down to you and put you in heaven, did not you intercede for us to your Lord, do not you see our circumstances and what happened to us? But Adam 'alaihis salam could not give it and mention his age. He was ashamed of Allah Subhanahu wa Ta'ala for ever eating the forbidden tree that he sent them to go to another prophet. 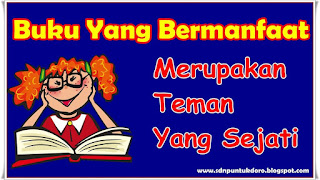